“You can always tell when a man’s well informed. His views are pretty much like your own.” – H. Jackson Brown, Jr.

“A slang term for an unsophisticated investor who loses all of his or her wealth by trading equities in the stock market. A barefoot pilgrim is someone who has taken on more risk than necessary or entered investments carelessly, without doing the proper research. An investor shouldn’t take on more risk than necessary to achieve her required return, so someone desiring a 3% return should invest in Treasury securities, not the stock market, and an investor requiring an 8% return should invest in the S&P 500, not in emerging markets. … A barefoot pilgrim’s trading decisions could be viewed as on par with gambling.”

By Jeff Sabatini via blog.caranddriver.com   Article

We Helped Build a Honda Accord—Here’s How It Went

“When I asked to help assemble cars at Marysville, Honda was amenable, but only if I stated that no Accords were harmed in the making of this story. Shannon Freeman put her 27 years of experience to work guiding me along, preventing me from screwing up anything on a customer’s car. But first she had to show me all the steps she takes for each Accord that passes through her station in need of a steering wheel, which she installs.

After first scanning a bar code on each car as it approaches, she plucks a wheel from a bin, scans its bar code, then pops two fasteners into a plastic liner under the hood as she moves toward the cockpit. She also grabs a seatbelt cover, a bolt, and the right and left sun visors from bins. Before she hops in the car, she torques the driver’s seatbelt bolt with a wrench that’s sitting on the seat. Then she snaps the cover in place.

Inside, she fishes the keys from the center console, turns on the ignition, and plugs an electronic test box into the OBD II port under the dash. While the box checks the electric power steering, turning the Accord’s front wheels as it glides forward on the line, Freeman installs one of the visors. Then she pulls a tab off the steering column’s wiring harness, chucking it in a disposal bin before threading the wiring through the back of the wheel as she fits it onto the column.

It was about here that my brain went into overload the first time she demonstrated the process. And the second. And the third time, too. But Freeman still had to plug in the wiring connector, turn off the car, and hand-thread the bolt in the center of the steering wheel. Then hop out of the car, grab an automatic power tool, fit its fixture to the rim of the steering wheel, and tighten the bolt. Time to completion: 54.2 seconds, the same as every station in exterior assembly.”

By Michael Lydick via pcmag.com   Article

10 Things I Learned From My 3D Printer: An Early Adopter’s Diary

“There Are Three Phases to Owning a 3D Printer
1. The Tchotchke phase. These are useless things that were fun to print that I could give as gifts to my kids. They go from ‘great!’ to ‘yawn’ in about an hour.

2. The Utilitarian phase. Items made from files from online libraries that would actually be used for something in our day-to-day lives. Hinge broken on our Coleman cooler? There’s a file I can download and print that will fix that, and I’ll look like Jonathan on the HGTV show Property Brothers—sans the perfect hair and plaid shirt.

3. The Designer phase. Things I would have to design from scratch, to make something that hasn’t previously existed in the known physical universe. …

3D Printing is a Big Time Commitment
Looking back, I can’t overstate the value of the useless-Yoda-head phase. A 3D printer isn’t like anything you’ve ever used before. The closest thing I can compare it to is the first laser-printers. Remember how the paper would jam all the time? Or how you had to shimmy-shake the toner cartridge to make an error message go away? That’s what it’s like owning a 3D printer.

Soon after getting one, you feel like Michael Bolton from Office Space: When something unexpected happens, you want to hit the printer with a baseball bat. But after a while you become more like Tom Hanks in Cast Away, confidently standing on the rock, deftly nailing fish with a metaphorical filament spear. By the eight-to-10-month mark, you ‘know’ your printer. You know what it can and can’t do. You know what the procedure is for ‘all things awful.’ You think you could write the manual that would probably shorten someone’s learning curve to four weeks.

And then something truly wonderful happens: You realize you can make things no one has thought of yet. …

Pretty soon, these communities become bigger than you. I’ve just joined a global group called eNABLE, in which people print prosthetic hands for children. This is the point where you realize you’re like one of those first people who had a cell phone or a website. … Any technology that has historically brought us closer together seems to flourish and last and grow exponentially. It becomes ‘sticky.’ This is happening for me, with touch points across the hall and across the world as a result.”

Why we lie to ourselves

By Carol Tavris and Elliot Aronson via time.com   Article

Why We Lie to Ourselves When We Make Mistakes

“To preserve our belief that we are good people

It’s a no-brainer to understand why we lie to others when we’ve been caught making a mistake or doing something wrong: to avoid losing a job, a spouse, a reputation; to avoid a fight, a fine, a prison term; to pass responsibility to someone else. But self-justification occurs when people lie to themselves to avoid the realization they did anything wrong in the first place. It’s the reason that many people justify sticking with a mistaken belief or a disastrous course of action even when evidence shows they are dead wrong.

The motivational mechanism that underlies the reluctance to be wrong, or to change our ways of doing things, is called cognitive dissonance: the discomfort we feel when two beliefs or actions contradict each other. Like hunger, dissonance is uncomfortable, and like hunger, we are motivated to reduce it. …

Dissonance is most painful when information crashes into our view of ourselves as being competent, kind, smart, and ethical—when we have to face the evidence that we have made a bad mistake. We have a choice: either admit the mistake and learn from it (‘Yes, that was a foolish/ incompetent/ unethical thing to do’ or ‘boy, was I ever wrong’) or justify the mistake and keep doing it (‘Everyone cheats a little. Besides, that study was flawed. Besides, it was their fault’). Guess which course of action is most popular? Dissonance reduction is a largely unconscious mechanism that allows us to lie to ourselves so that we can preserve self-esteem and our positive self-images. ‘I’m kind; you’re telling me I hurt you? You started this fight so you deserve whatever I did to you.’ ‘I’m a devoted parent; you’re telling me that not vaccinating my child was a mistake? You think I’m stupid? OK, I agree vaccines don’t cause autism but they are bad for other reasons.’

The implications of dissonance theory are immense, because they show how many problems arise not just from bad people who do bad things, but from good people who justify the bad things they do, in order to preserve their belief that they are good people.”

By Mikkel B. Rasmussen and Andreas W. Hansen via hbr.org   Article

Big Data Is Only Half the Data Marketers Need

“For marketers, truly valuable customer data comes in two forms: thick data and big data. Thick data is generated by ethnographers, anthropologists, and others adept at observing human behavior and its underlying motivations. Big data is generated by the millions of touchpoints companies have with customers. To date, thick data and big data have been promoted and employed by very different people. Thick data has been handled by companies grounded in the social sciences. Big data has been promoted by people with analytics degrees, often sitting in corporate IT functions. There has been very little dialogue between the two.

This is unfortunate. Combining the two approaches can solve many of the problems that each category of data faces on its own. Thick data’s strength comes from its ability to establish hypotheses about why people behave as they do. It cannot help answer questions of ‘how much,’ only ‘why.’ Big Data has the advantage of being largely unassailable because it is generated by the entire customer population rather than a smaller sample size. But it can only quantify human behavior, it cannot explain its motivations. That is to say, it cannot arrive at a ‘why.’

It’s only by combining the two forms of data that a complete picture emerges and real solutions to the strategic problems facing CMOs may be found. As companies start combining thick and big data, they will also stop relying on what has so far been a cornerstone of most customer insights programs—namely endless surveys and focus groups that purport to explain customers’ motivations and attitudes but in reality add very little strategic value.”

By Rebecca Knight via hbr.org   Article

How to Be Good at Managing Both Introverts and Extroverts”” 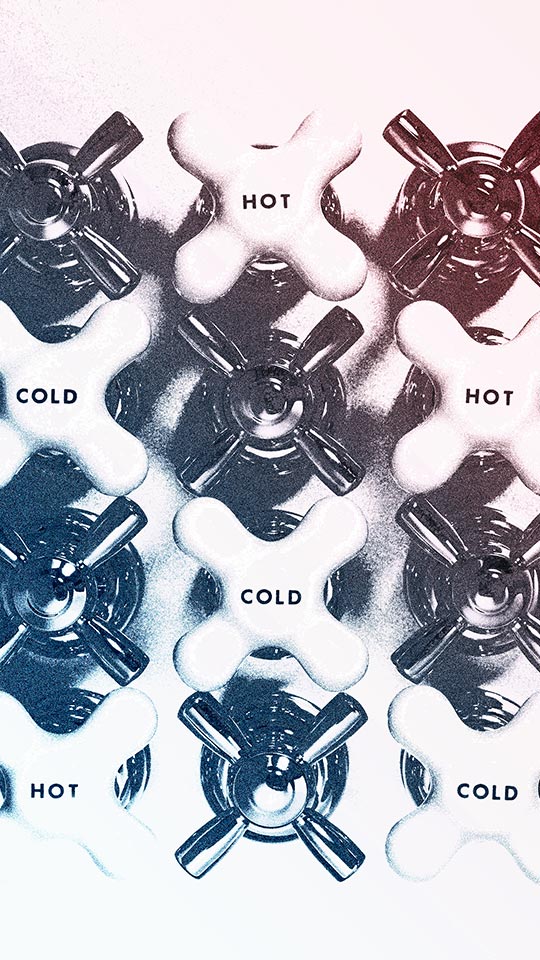 a team comprised of introverts and extroverts. How do you manage these vastly different personalities and work preferences? How do you draw out your introverts and get your extroverts to listen? What’s the best way to adapt your management style so that it works for everyone?

What the Experts Say
Until recently, personality types and human dynamics were not typically the stuff of work conversations but that is changing, says Susan Cain, author of Quiet: The Power of Introverts in a World that Can’t Stop Talking. ‘We are now at a point in corporate culture where it has become socially acceptable to talk about this.’ For good reason, she says. ‘Introversion and extroversion go to the heart of who a person is: how they work, how they live, and how they interact.’ …

Extroverts and introverts take ‘dramatically different approaches to work and social processes,’ says Cain. Understanding these preferences will help you become a keen observer of ‘the people who are part of your team and what drives them,’ says Gino. Extroverts, for instance, tend to tackle their assigned work promptly; they’re quick, sometimes rash decision makers. They’re comfortable with risk-taking and multitasking. ‘On the other hand, introverts work more deliberately and slowly. They prefer to concentrate on a single task at a given time.’ Extroverts gravitate toward groups and they tend to think out loud. ‘They are energized by social gatherings and shared ideas,’ she says. In contrast, introverts typically dislike noise and big group settings—’they may enjoy business meetings and some parties, but after a moment they wish they were at home with some good books.'”